The last year or two my family has been getting around San Francisco more and more on our bikes and our car use has shrunk drastically. We’ve gotten involved in supporting efforts to make more streets closed to cars and safe for human-powered transit of all sorts, including most prominently the now permanent JFK Promenade that runs through Golden Gate Park (and all the public art now a part of it). To that end, I made a mini-comic (my first!), about the way these small stretches of road have affected our lives, and how important creating more of them are. You can see it here, but it’s meant to be printed, folded, and turned into a proper mini-comic booklet.

To print your own, here’s a PDF of the booklet for printing or JPG version. (Can print the non-booklet as PDF here.) If you’ve never folded a mini-comic before, here are instructions from Matt Madden & Jessica Abel or instructions and guide from DocPop. I have a ton of resources on mini-comics on my site here. Updated – I made a quick video of how to fold it. The other instructions are better than mine, but if this helps! (And see more things below the twitter post inserted here…)

If you’ve never folded a minicomic before, I made what might be a helpful video otherwise links on my site explain it in better detail https://t.co/G0nH9oTzxi (here you go @fauvescraper!) pic.twitter.com/oU1gFC93gL

BONUS: If for some reason you want an extra-hi-res PDF for printing, download here. (and the non-folding here.) Appreciate any sharing virtually or in print!

Also, my parents were visiting over thanksgiving, and my dad sketched this drawing of JFK Promenade and other things for us before they left. I love that he got the feel for it with so few lines, a lesson I still struggle to learn…

Related to this, I recently posted a Twitter thread on how some of the imagery that Unflattening opens with came out of earlier work I’d done on Car Culture back in Detroit and connects to my biking advocacy. I put the images here, but couldn’t quite get video to work, so you can read on below, or see it as this thread, if you’re so inclined.

It all starts with this mockup for a billboard project I made from a cereal box 16 years ago!

A quick thread (w/images!) on how my biking tweets connect to the genesis of imagery from Unflattening – starting with this mockup for a billboard project I made from a cereal box 16 years ago! 1/7
[alt-text video of me holding and moving diorama-esque cardboard billboard mockup] pic.twitter.com/Dl1kT6ou2N 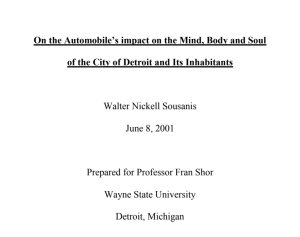 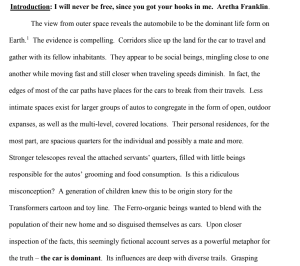 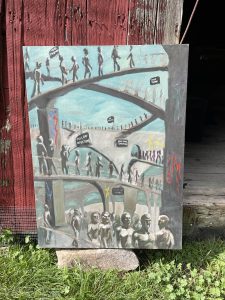 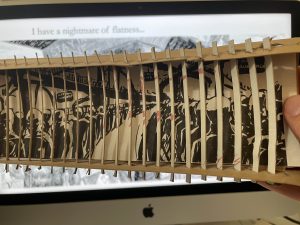 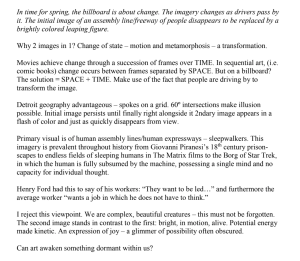 In my time as an arts writer in Detroit, I’d covered an arts billboard project on Woodward Ave (oldest paved road in the US) & had an idea for an image that transformed – using the driver’s movement to do what comics do between panels. I cut up a cereal box & built a mockup. 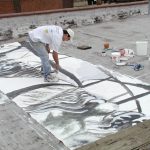 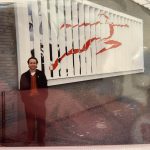 it was approved, I built it on my roof in Detroit & installed it on Woodward, using the 60° angle Woodward intersects cross streets due to spoke/grid layout of city for the metamorphosis. Brief freakout installing it fearing I’d worked out the math incorrectly! I hadn’t.

It ended up greeting drivers on this busy road for about 6 months. Approaching it you could only see the sleepwalking figures. Only at last second driving by did the red leaping figure emerge – hopefully no accidents resulted! Lousy video due to road construction at filming 5/7 pic.twitter.com/gCjjfrerlI

It ended up greeting drivers on this busy road for about 6 months. Approaching it you could only see the sleepwalking figures. Only at last second driving by did the red leaping figure emerge – hopefully no accidents resulted! Lousy video due to road construction at filming. 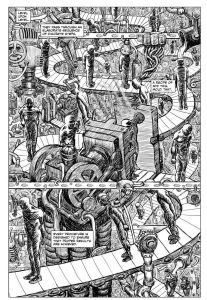 Flash forward to working on my dissertation – as I was starting, I needed some imagery that set the tone for what I meant by Flatness – these Sleepwalkers I’d made marching on highways felt like a good fit for talking lack of possibilities and I ran with that & here we are. I wrote about them way back while working on the dissertation here. 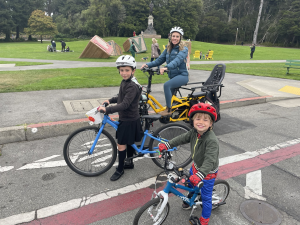 Anyhow, so pleased with the strides for more human-powered paths in San Francisco & grateful for all the organizations & people that make these safe and healthy communal spaces possible. More of this! Good thoughts to all – Nick