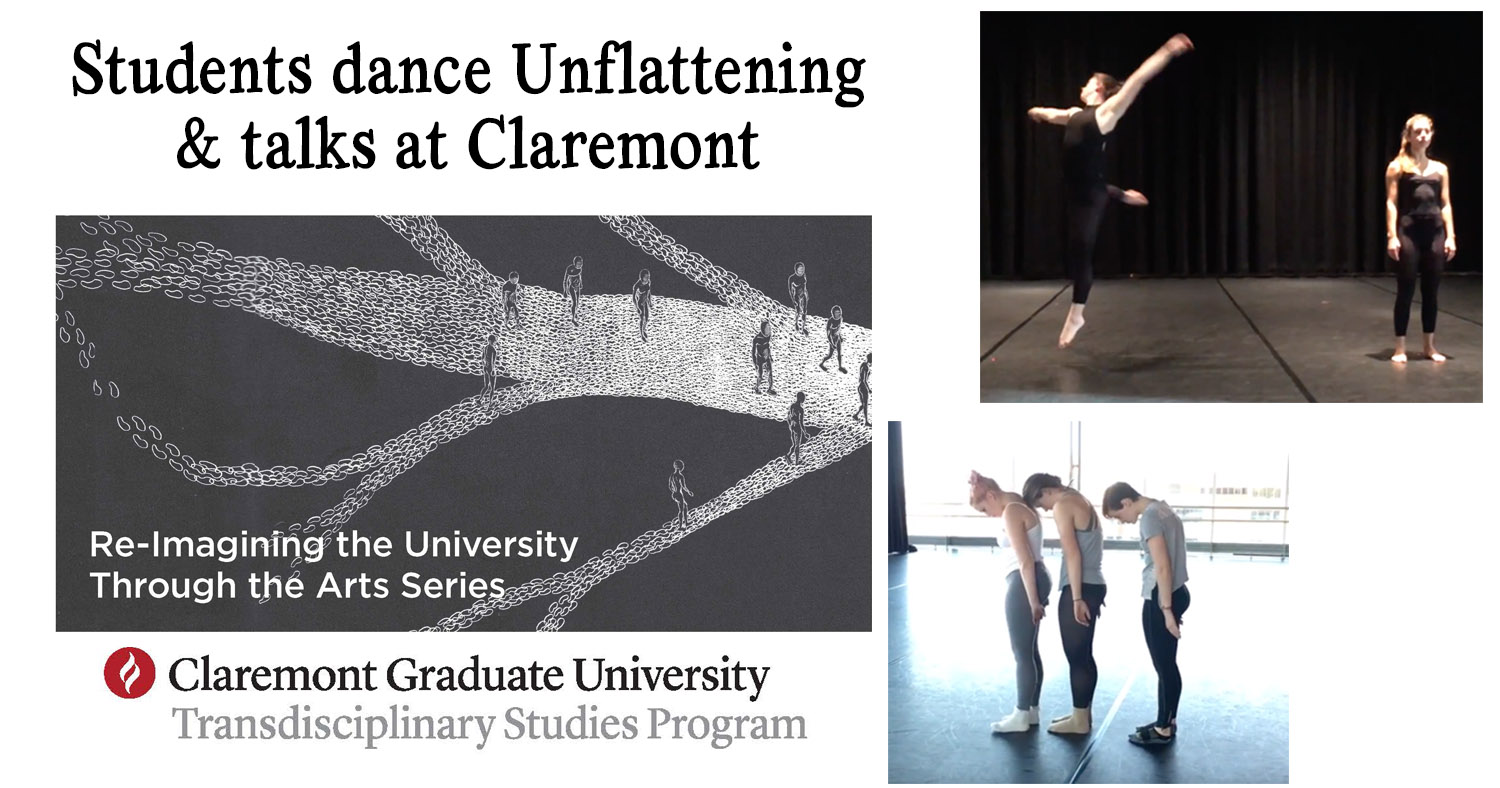 This week, I’m traveling to talk new forms of scholarship, and in this overdue post, I share details about that, as well as students Dancing Unflattening and other innovative responses, and some publications and other news… 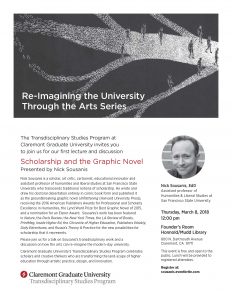 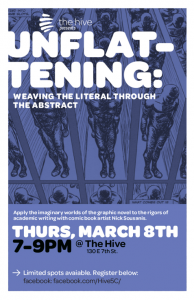 First, I’m off to Claremont Graduate University in Los Angeles Thursday March 8, for a talk on Scholarship and the Graphic Novel at noon in the Founders Room, Honnold/Mudd Library – which is free & open to the public. It’s part of Claremont’s Transdisciplinary Studies Program’s ongoing series Re-Imagining the University Through the Arts, which celebrates scholars and creative thinkers who are transforming the landscape of higher education through artistic practice, design, and innovation. Look forward to talking with everyone there, and later doing workshops with faculty and students! 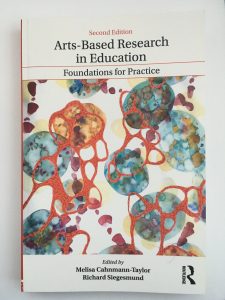 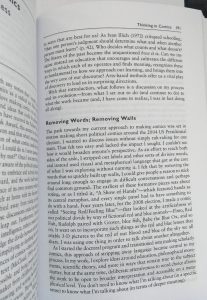 I’m pleased to have contributed to the lovely anthology of Arts-Based Research in Education: Foundations for Practice, 2nd Edition, edited by Melissa Cahnmann-Taylor and Richard Siegesmund, which came out in December. It’s a terrific look at Arts-Based Research practicers from leaders in the field. My chapter is on the development of my process, titled Thinking in Comics. Details and such here!

I was interviewed by the French Radio Station/Podcast Le Labo Des Savoirs. It’s a pretty thorough conversation with reporter Jérémy Freixas, which gets into drawing as a way of opening new possibilities for understanding, as I said to him, “the sketches taught me where to go…” You can read it in full here (or in French) – the audio Podcast itself is here, which was translated into French over my responses in English. I also did an interview on Comics as a Pedagogical Tool with Spanish Professor of Education Carlos Albalá. We talked about my work in depth and then turned to discussing my experience teaching with comics – and I shared recommendations for things I do with students as well. It’s online here. Finally, digital humanities scholar extraordinaire Amanda Visconti put together wonderful resource in the form of a “Starter Kit for Considering a DH Dissertation” – which features Visconti’s work, A.D. Carson, who did his dissertation as a rap last year, and myself, among other projects. Valuable resource for those looking to do alternative forms of scholarship – all available here.

I’m in the midst of a new semester of courses, of which I’ll share more on later, but in the meantime, I’m starting to put together overviews of what I covered and things students produced. All of my past syllabi are available here, and I’ve compiled all that I did in my visual communication course from last year here. I’m teaching that again currently, and also an advanced Making Comics course for a first time. For that course, I put together a resource of unusual, hexagonal comics layouts, which you can check out here. 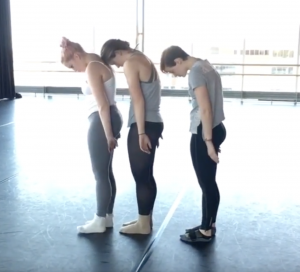 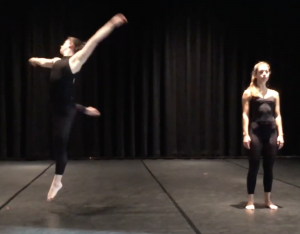 I’ve been pleased to have Unflattening incorporated into all sorts of classrooms and thrilled when students share their often nontraditional responses back to me. (You can see some past responses here and here.) And over the past few years, Steven McAlpine, the Assistant Director of Interdisciplinary Studies at University of Maryland Baltimore County has been using it each term as part of his interdisciplinary studies courses. I’ve had the pleasure of calling in to his class each semester and have been inspired by the questions the students have raised and the work they’ve produced. Steven was kind enough to share a few words about one of his students who choreographed dance in response to Unflattening. The following is his account:

Alexia Petasis joined Interdisciplinary Studies (INDS) at UMBC in June of 2017. Alexia came to INDS to create a unique path that would give her the skills and resources to help abused women and victims of human trafficking. For the past year, she has been a volunteer for the non-profit organization Samaritan Women.

I have worked with her in three contexts: I have been her academic advisor to help her design her individualized degree, as well as her professor in the Fall 2017 INDS 330H Ways of Knowing course and in the Spring 2018 Honors College HONR 200 Hubris & Heroism course.  Early in our degree planning sessions, Alexia described her passion for dance but she did not see dance as a relevant discipline for her degree – she saw it as more of a hobby. During her Fall INDS 330 course, I invited the class to respond to one of the case studies in an art form (primarily) rather than the usual weekly essay. The prompt for student responses was,

Have you experienced the “flatness” that Sousanis describes in Chapter 1? If so, where (for example, in a school setting or another institution)? Describe any connections you see between Sousanis and the Ken Robinson RSA presentation we viewed in class. Include key quotes. How do the images of Perseus and the winged sandals symbolize freedom from “flatness”? (INDS 330 Fall 2017)

Alexia chose to choreograph a dance in response to the book Unflattening (2015) by Nick Sousanis, and the class was intrigued – but most importantly, they understood the message Alexia was trying to convey about conformity. You can view the video entitled “Unflattening: Flatness” here. In the reflection essay that accompanied her video, Alexia noted specific lines in Sousanis that she wanted to portray:

The dancer on stage right [is] leaving the “group” to develop her own sense of individuality. Movement inspired by “darting, dancing, animated and teeming with possibilities- has now become shuttered…the potential energy in this dynamic creature curtailed” (p.18-19) and “Now finds itself confined, boxed into bubbles of its own making” p.14. To represent her being curtailed, the other dancers force her to conform her again by physically moving her body. The dancers force her to stop her own movement, push her hands back to the standard position, and push her head and shoulders down. Movement inspired by, “imposed by forces far removed” (p.12). (Petasis 2017)

This was such a powerful moment in Alexia’s UMBC journey: To connect her passion for dance to a scholarly work and social critique of education. She reflected on this integration for her final INDS project, and choreographed a second Unflattening-inspired dance entitled “Unflattening: Bodies in Motion”.  Inspired by Sousanis’ endnotes, Alexia included excerpts from her choreography journal where she built upon text, image, and music.

What is next for Alexia? To explore women’s issues such as sexual assault through dance, and to reach out to other choreographers who are tackling social issues. Alexia recently posted this video (entitled “Walking Free”) along with a link to the non-profit organization RAINN. Alexia has applied for a grant to travel to New York to study with professional dancer and choreographer Sarah Panayiotou, Founder and Artistic Director of BABEL Movement “… a dance company that partners with social justice organizations in order to increase the rate of which they make an impact. In an oversaturated media environment, it’s easy for facts and figures to get lost in all the noise. To stand out, those numbers must be humanized, expressed through real stories that effectively capture the complexity of human experience” [From their website)

This is what it means to unflatten the journey of one student in a public university: to engage with “facts and figures” in the classroom and to “humanize” data as stories that move us, that open our eyes and connect us.

I was blown away by the video – gave me chills watching it – to see my drawings come to life in such a visceral way. Very moved, and I think this work demonstrates so well how movement can powerfully convey ideas. 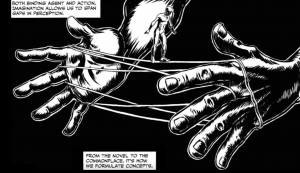 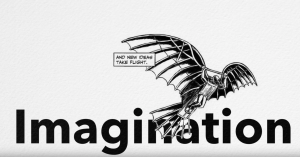 Another of Steven’s students also shared a video. Paul Ocone, a double major in Theatre and Interdisciplinary Studies, made this video titled Unflattening: Imagination is the Key to Interdisciplinary Sight as his response. It  takes a smart and imaginative look at the chapter on imagination – with bonus points for a not-entirely-random My Little Pony reference (approved by my daughter!)! The prompt students received read:

(the default was a short essay, but I invited the class to respond in a variety of media) In a short (300 word) essay, pick a quote and image from Unflattening and analyze how Sousanis depicts integration between different perspectives (or domains of knowledge). Suggestion: the quote “A mental frame in which salient features from each interact to give rise to new structures… and new ideas take flight” (91) In conclusion, comment on Unflattening as an allegory for your own journey to bridge perspectives or gaps in knowledge.

My conversation at Claremont will be talking how we can make and express meaning in a variety of forms – and I’m increasingly encouraged by these works students are creating and hopeful for what that means going forward. – Nick