With these three pages, I wrap up the Flatland-related sequence (Part one here) that bridges the gap between the heavily metaphorical Chapter One and the slightly less so Chapter Two. I’ve also included a process photo as I was working to figure out the “tear” effect on the first page. In my sketches, the sandals were more meteor than tear, but as that concept evolved, I found i needed to work from something outside of my head. Also, a note about these pages – you don’t have to know that Hermes is (among other things) the god of Boundaries and that he gave the winged sandals to Perseus (often depicted as carried aloft on the winged horse Pegasus instead, though Pegasus is born later in the tale). This gift was to carry Perseus to slay Medusa – noted for being able to render all who looked upon her inanimate. Anyhow, you don’t need to know such things – but it may put a different spin on it if you do… – Nick 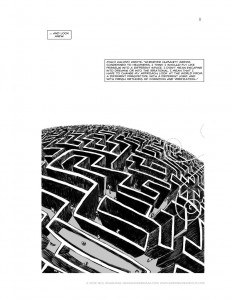 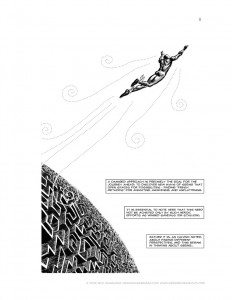 This is the model to create the first page in this sequence. And below, since I’m sharing process here, two early sketches from my notebook that led to this page. 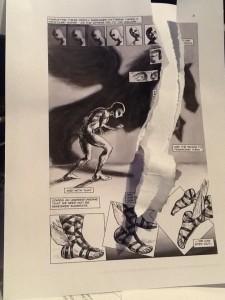 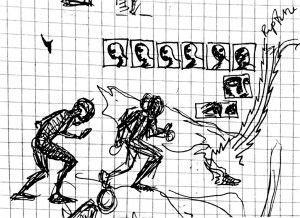 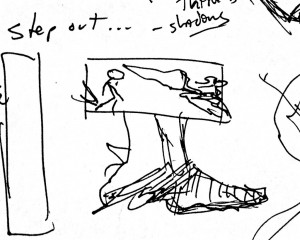