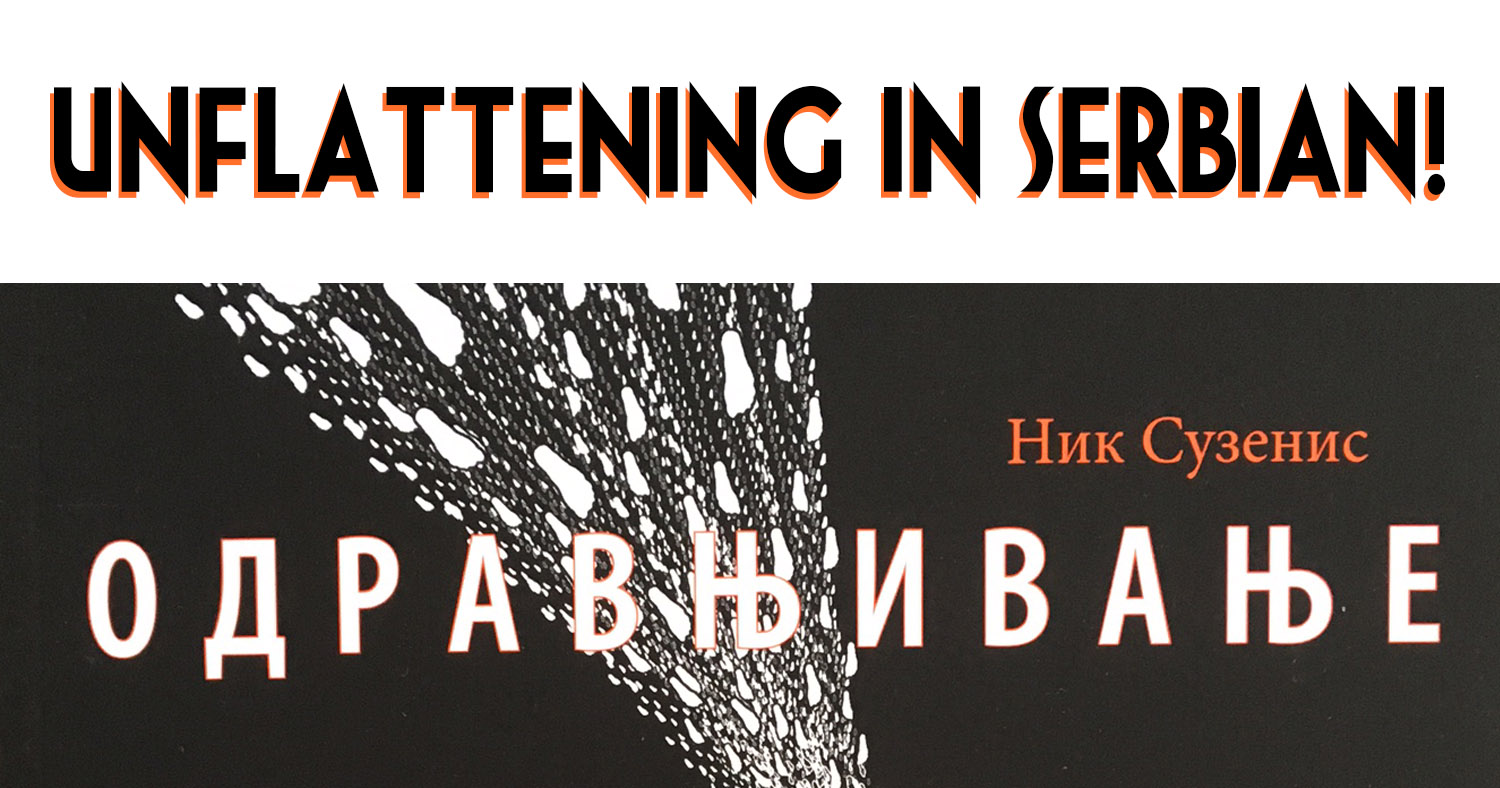 Pleased to share the news that Unflattening has now been published in Serbian!! Actually, it happened in the fall of 2016, but my copy just arrived and I’m thrilled to have it join the French and Korean editions! (A few more are on the way. The Portuguese edition from Brazil might already be out – more news on that when I see it… (here’s what appears to be an early review on a Brazilian site.) This translation is made possible by the Center for Promotion of Science, which describes itself on its website as “a government institution competent for the promotion and the popularization of science.” The Center’s Ivan Umeljić is, I believe, responsible for the translation, and bringing the book to a Serbian audience. See the publisher’s page on it here. 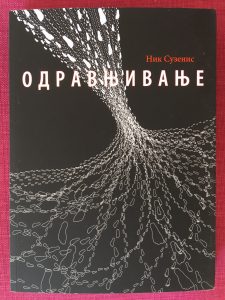 From what I can gather, it’s had some pretty cool coverage in Serbia, reflecting a more scientific bent, as befitting the Serbian publisher. National Geographic Serbia ran an article on it in October! In November, it was featured on their National TV Network here and National Radio Station. Serbian major daily newspapers Blic and Novosti both ran articles as well. Their political weekly magazine Vreme featured Unflattening in January, the internet cultural site Seecult took a look, as did the student O Radio Station, and the site Urban Bug. They’re hosted a number of events around the launch of the book, and have since shared some pics from some of these, including the University of Arts (first image), the International Book Fair in Belgrade (second image), in Pančevo (with Serbian comic book author Aleksanar Zoograf (3rd and 4th images), with PhD students at Serbian Universities (images 5 and 6), and in the Delfi Bookstore. They’ve had more events since and others planned for the summer around both comics and science. Geeked to see the work here – feel a little weird to be so removed from my own work – but entirely grateful for the reception and for such tremendous support by everyone involved in making this happen! 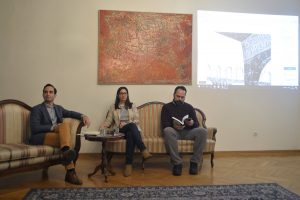 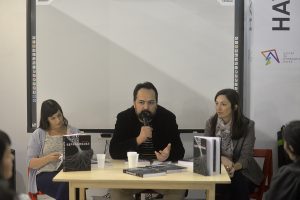 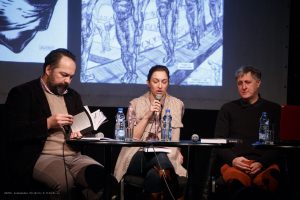 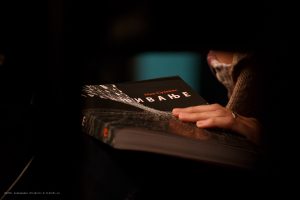 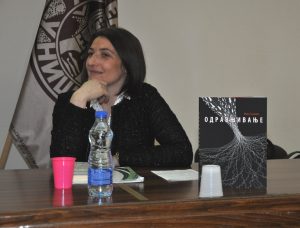 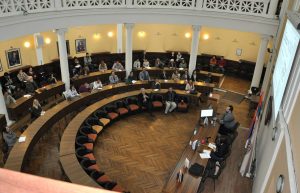 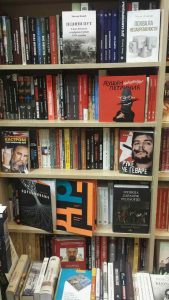 A few past notices: back in March, I was at Harvard’s MetaLAB and they’ve recently put together a video from that talk here. I was in the UK in June, first, for an educational gathering in Nottingham (where i spoke and also took all participants through my grids and gestures non-representational comics-making exercise www.gridsgestures.com) put on by Alke Groppel-Wegener, who shares a recap of the events of the day here. From there, I went to Oxford, and they’ve shared some reflections from the comics & trauma conference held there, and my talk given the day following. Several years back, I gave a conference talk, and in the audience was arts-based research, professor Donald Blumenfeld-Jones. He asked me this wonderful question about my aesthetics being equal to my analysis in my work. It really resonated with me, sparked a conversation between us that led to sessions in following years, and I was pleased to see Donald’s recent article in the International Journal of Education & the Arts reflect on that idea from his perspective, as part of a much longer conversation on his process in dance. It’s online here and worth a look! I just stumbled upon a writerup on Unflattening and visual literacy in Australia’s informED – some interesting things to glean on visual thinking there. Finally, a writeup on the work in Italian by Simone Cilli that looks pretty interesting from what I can gather (google translate’s attempt here).

At the moment, I’m knee deep in reading and map-making as I start cooking up the followup to Unflattening. Stay tuned… – N