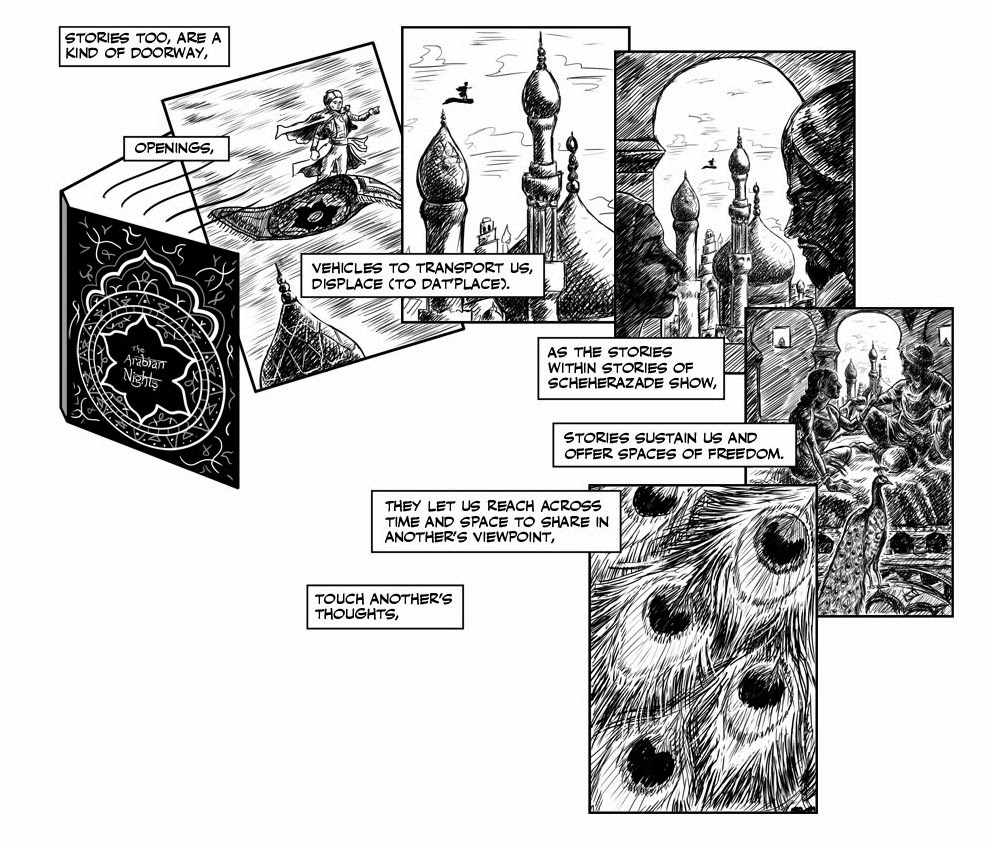 I’m nearly finished with chapter Five, which takes up the imagination, and sharing a small excerpt from a page here. It’s about stories, and stories within stories – thus Scheherazade makes an appearance. Visually, i’m playing with something like the book Zoom or Powers of 10, but as the page continues to snake along, it does some different tricks as well. For the part unseen, I switch from fanciful tales to astronomers, specifically work done by astronomers working in the Arab Golden Age, whose works played a significant role in providing a crucial piece for Copernicus to construct his heliocentric Revolution, which was discussed earlier here. So, time-wise, three days of tangential research for what amounts to about three or four small panels, seems crazy, but I had a blast learning the history and the mathematics that went into this, and it transformed the entire page into something richer and unexpected for me to say the least! 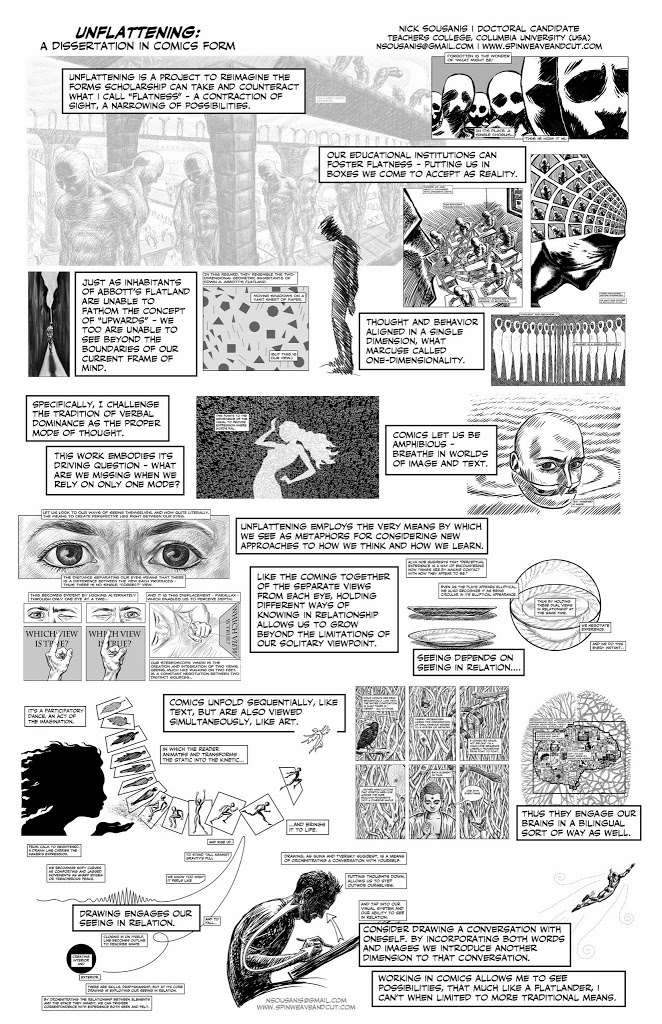 This week, I’m off to Chicago for the convening of the Modern Language Association (MLA) conference. There I’ll be participating in session #S173 titled “Beyond the Protomonograph.” The session organized by Daniel Powell at the University of Victoria, BC, looks at different forms of scholarly research, those reimagining how dissertations can be presented. I’ll be sharing from my dissertation and talking comics and visual thinking more broadly, as a legitimate form of scholarship. (Session abstract here.) You can get a sneak peek at some of the ideas and images, with a look at the poster I made for Oxford Illustration conference, which I’m sharing again here. If you’re coming to MLA – swing by, I’ll have free comics samples! And if you can’t make the talk – track me down – you can still have a sample… Looking forward to meeting and learning about my fellow panelists – a wide range of different approaches will be explored! Thursday from 7- 8:15 in the Northwestern-Ohio State room, Chicago Marriott, S173.

There is a whole category devoted to comics studies at MLA, which Charles Hatfield has listed on the comics and graphic narratives site here, as well as some unofficial panels with comics featured, including mine, listed here.

Finally, last summer I had an exhibition and gave a talk at Microsoft research. I documented a bit of that here, and posted a video from the talk itself here. Donald Brinkman, my host there and his team created a video taking a look at the show, and featuring an interview of me talking comics, education, and interdisciplinarity. It’s neat – and it’s short, and I’m grateful for the documentation of the show. It’s on YouTube here, and if the embed worked, should be below. (Update, embed sort of works, seems to truncate the left side – probably best to watch on YouTube.)
Thanks for following along! – Nick