This day, I’ll sadly be attending the funeral of professor Maxine Greene. A legendary educator and philosopher, Maxine was to me my teacher, an advisor, and most importantly my friend. I wanted to share a few thoughts on my time with her here.

I had the good fortune to happen upon Maxine’s lecture in celebration of her 90th birthday at Teachers College shortly after moving to NYC. I hadn’t known of her work beforehand and was absolutely thrilled with all that I heard. I knew I’d found the right place to be a student – hearing Maxine resonated strongly with my past years in ongoing conversation with celebrated Detroit artist Charles McGee (only in his early 80s at the time). Despite all his accomplishments, Charles has never been able to sit still, and is always seeking new frontiers, guided by the mantra of “what’s next?” Deeply missing our regular conversations, I now found myself in the presence of someone who preached “I am what I am not yet,” and stated the importance of unanswered questions. Where Charles spoke of there being no separation between art and life, Maxine was getting at learning and by that, living, through the arts. (See here and here for past interviews with Charles, and here for my comic on him.)
And so I made sure I’d be in her class when school started up that fall. Sitting in the back of her living room classroom, I started dreaming of how to capture her in comics. I quickly opted not to draw her appearance, but rather her presence. And for me that came out as a top – something that at times was motionless, seemingly lifeless, and when set spinning had a dynamism to it that was unstoppable. This was Maxine – seemingly frail in one moment and in the next like lightning in a bottle, bursting forth. I turned in the comic for my main project for class. Making a comic about your professor may always be risky and depicting her as a top perhaps even more so. But I suppose, I needn’t have worried. As Charles would have said, “I love the new!” and similarly, Maxine quickly embraced a form of which she was more or less unfamiliar and one that was dismissed over her long career within academia. (And apparently she enjoyed the top metaphor enough that she gifted one to my wife and me for our wedding…)

Of course, for those who knew her, this will not come as a surprise in the least.
Fast forward a bit, as I was deep in the dissertation, any time I’d accumulated a decent stack of new pages I’d visit Maxine to share the work. And she’d read them forwards and backwards, commenting, asking questions about the drawing, and always giving great intensity of attention. If her memory sometimes slipped in these last years, when it came to thinking about ideas – she was still as sharp as anyone I’ve ever known – and able to make connections across fields in a way that’s hard to describe. On many occasions, she’d talk of wanting to draw, particularly the tree outside her window across Fifth Avenue on the edge of Central Park. I did get her to draw in my notebook once, but not sure she ever took to drawing the tree. I’d hoped to make a piece about the tree and its forking branches with her, but that may be left to remain only in my imagination.

On April 21st of this year, I had my dissertation defense at Maxine’s home, where we were joined by my advisors Ruth Vinz and Robbie McClintock, committee member professor Mary Hafeli, professor Yolanda Sealey-Ruiz serving as witness, Daiyu Suzuki, my cohort, who’d been helping run Maxine’s classes the last few years, and Maxine’s devoted caretaker Anna. It was a lovely gathering all around, but what stands out to me is the fact that at its end, my wife Leah brought our then three-week-old daughter Rosalie by to join the celebration. Maxine was transfixed and tickled by this new life and her wide eyes. Rosalie for her part was silent and absorbed in looking around at this room of books and paintings. I’m guessing she won’t remember it, but I will, and I will always be grateful my daughter got to be in the presence of this powerfully bright spirit. Maxine was always alive and awake to this world with a curiosity for exploration akin to a newborn. I see the message in her work as reminding us of the wide-awakeness that we enter this world with and something that burned strong in her over her entire life. 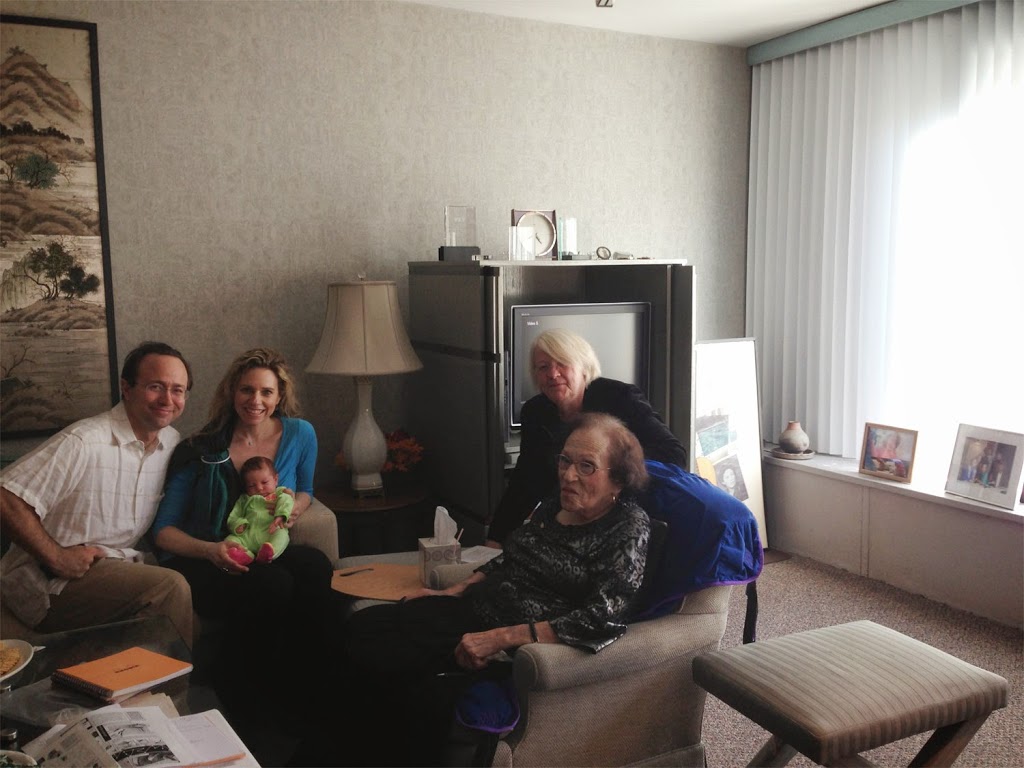 I got the news of Maxine’s passing just before speaking at UCLA last week. Near the front of my slides was that piece I’d made on Maxine, one of the first comics I made as a doctoral student and a work that set the metaphorical tone for my explorations to come. It was a heavy pause, and one I hope I used to open a new audience to her work. Even seeing Maxine in the hospital a few weeks before her death, she still lit up, marveled at baby pictures, fretted about not being able to host me properly, and wanted to talk ideas. I left thinking she might be down for the moment but would be up and spinning again before long. And we’d be back at her dining room table talking about education, art, and what it’s like to be a baby or a tree once again.

It’s hard to imagine that I can’t stop by again, that I can’t laugh with her again, that I won’t hear her electrify another audience of educators. But I suppose I have to accept it, as we all must, and what we can do is hold a part of that spirit inside ourselves, and keep asking questions and being courageous in the way Maxine that was. And in that, her energy keeps spinning through us, as we impart it further outward. – Nick
(I’d promised a follow up on the foot project this week. Due to this unforeseen event, I’ll address that next time around. Thank you. – N)
June 5, 2014
Share this post
Share on FacebookShare on Facebook TweetShare on Twitter Pin itShare on Pinterest Share on LinkedInShare on LinkedIn