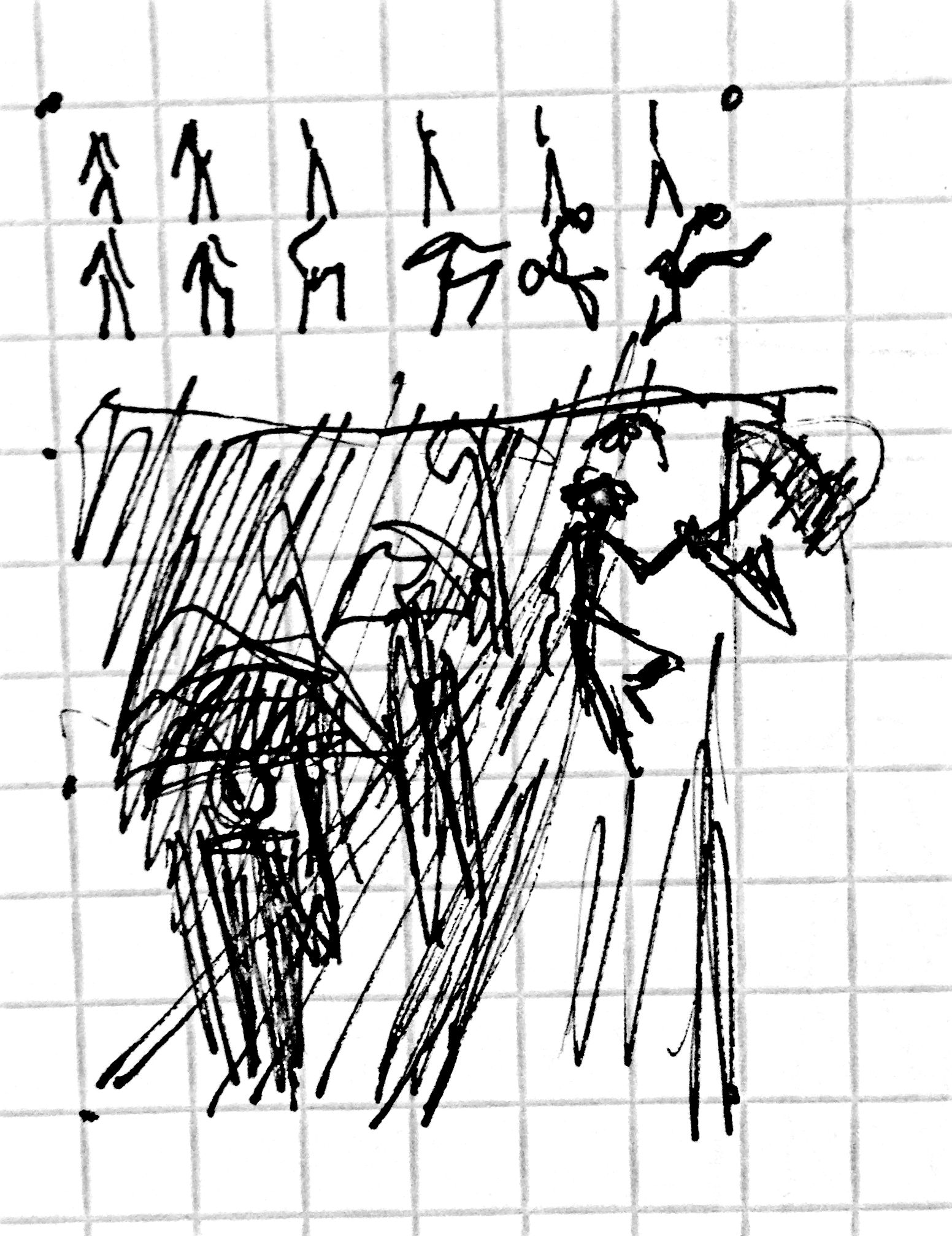 Last week, I was quite pleased to be interviewed by renowned art director, design critic, and professor Steven Heller in Print Mag. It’s a lengthy conversation in which we talk about my background, process, and influences. I’m sharing a small excerpt here and the rest is on Print Mag’s site. Heller asked me about my influences – I spoke of McCloud, Moore, and other comics folks, as well as non-comics authors, and then closed with more personal reflections, which I’m sharing here:

I had the good fortune to work with legendary professor of aesthetic education Maxine Greene while at Columbia. In my first semester, I made a comic about her for the class she held in her living room—this started an ongoing conversation that lasted until her passing just a few weeks after my defense, also held in that living room. Maxine was this dynamo of energy, constantly asking questions and weaving ideas together from literature, philosophy and the arts—breathtaking to be in her presence even in her 90s! My daughter was born a few weeks before my defense, and my wife brought her to Maxine’s after that event. I will always recall the wide-eyed openness they both exhibited—at 3 weeks and 96 years! In my time in Detroit, I came to be the biographer of artist Charles McGee shortly before he turned 80 (he’s 90 now). In my first meeting with him, he reminded me of the incredible vitality Picasso (about the same age at the time) displayed in the 1956 documentary “The Mystery of Picasso.” The energy and constant questioning that exudes from people I’ve had the great privilege work with, like Maxine and Charles, speaks to the attitude for possibilities I want to convey in the work. How do we keep that openness of a three-week old, while gaining all the experience that comes with living in the world? Again, I’m so grateful for my parents, whose example of curiosity instilled a similar thirst in me that runs through all my work.

For the entire interview, please click here. For more about some of the classes using Unflattening, see this wiki. See here for more news, interviews, and reviews.

If you’re in Seattle – I’ll be speaking at the University of Washington’s Simpson Center for Humanities on Thursday, August 27 at 4pm. Details here.

I’ve been sharing a fair amount of process sketches from the book of late – you can catch up on these by clicking the process category at right. This time out, I’m sharing from Chapter Six “Ruts,” beginning with the sketch map that I worked from to some of the individual breakdowns for each page. The outline for the whole book which shows rain drops becoming feet is in the back of the book, as is the map for ch6 which I’ve reproduced here as well. I was really excited about that transformation from drops to feet and that tied into so many visual themes throughout and what became the cover as well. The thought of rain carving ruts into the ground as akin to the history of ideas becoming entrenched kept occurring to me as I went for runs on Randall’s Island in the East River – where the loose dirt of the path would be washed through frequently. This chapter features one of three triptychs in the book – the opening pages and in the last chapter – and each one echoes the other in different ways. The inclusion of “singing in the rain” was, as many things were, a bit of a surprise, but I was really excited about how it drew the whole back together and you can see some of that genesis here. I think this gives a bit of a sense of how things took shape from very loose images and directions I wanted to go to finished pages. Thanks for following along! – Nick 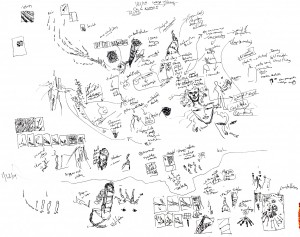 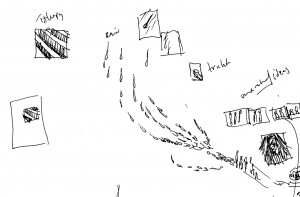 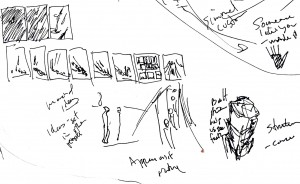 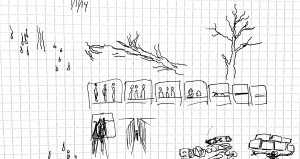 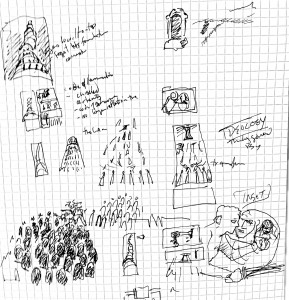 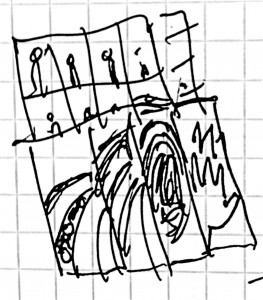 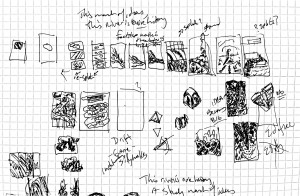 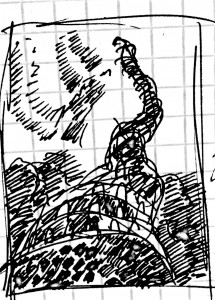