While I’m in a bit of a slowdown on comics-making (mostly due to my organizing the upcoming conference on Creativity, Play, and the Imagination at Teachers College), there’s an upsurge of my work appearing in print of late. I thought I’d share a few links to the publications and to the work.

First up my piece “Maxine Says” from the Fall of 2008 (it originally appeared on this site here) appears in the Bob Lake edited “Dear Maxine: Letters from the Unfinished Conversation.” As the title indicates, “Dear Maxine” consists of letters to Maxine from her former students, colleagues, reflected on her influence. My piece was made while I was taking Professor Greene’s class, sitting in her living room with 30 other students (and not conceived for the purposes of the book, that came about much later). In retrospect, it seems a little daunting, making a piece about the legendary philosopher and then turning it in for an assignment – but her initial reception has led to an ongoing conversation between us, and I’m grateful that my initial audacity or more likely, naivete, made that possible. – Nick 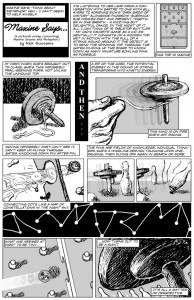 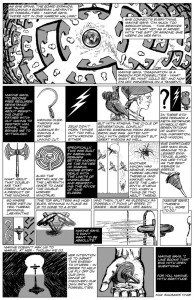