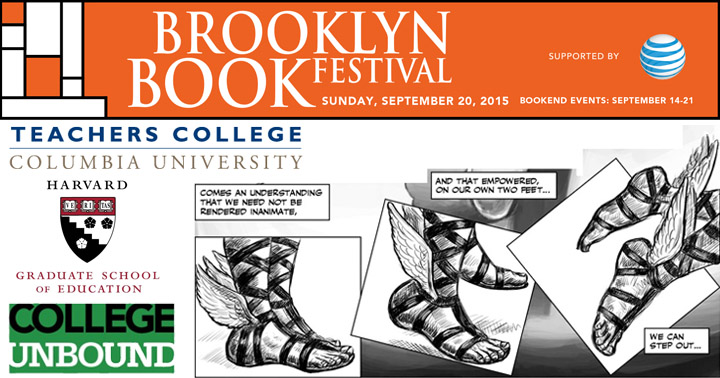 This weekend, I’m headed back East for a slew of talks and book events through the following week!

First up, on Sunday September 20th at 11am, I’m excited to be a guest of the Brooklyn Book Festival! I’m doing a session titled Look and Listen: Stories of the Senses alongside Jessica Abel, who will be sharing from her new book on radio stories Out On the Wire and moderated by Alex Blumberg of Gimlet Media, formerly This American Life. Details here!

The next day, Monday September 21, I’ll be at Teachers College, Columbia University at 4pm for a book talk in the Russell Library. I’ll be joined by my advisors Dr Ruth Vinz and Dr Robbie McClintock, as well as comics librarian extraordinaire Karen Green, and a few other guests. Excited to be back in the place I did all this work.

On Tuesday, September 22, I’ll be at College Unbound in Rhode Island for a talk at 6pm. Refreshments and such at 5pm, for the 6 o’clock talk. It’s at The Met School, 325 Public Street in Providence. (Note: I posted an incorrect location earlier)

Wednesday, September 23, from 12-1pm, I’m at the Harvard Graduate School of Education to talk and take questions on the Unflattening! Details here. Later that day, I’m at Microsoft Research Cambridge, and if all goes well, a return to visit with College Unbound.

Also, coming in October, I’ll be a guest at the Texas Bookfest and sharing sharing a panel with legendary designer Chip Kidd! And meanwhile, if you happen to be in the Netherlands, the work is on display as part of the Graphic Design Festival Breda: Public Library. (My profile page on GDFB)

In other news, a great review of Unflattening by Seth T. Hahne of the long running comics review site Good OK Bad. He offers a fascinating discussion around figuring out how to review it by talking with his wife, and it’s all framed by some words about one of his favorite pages from the book where I discuss argument reconsidered as dance (building off Lakoff & Johnson, and others on that page which you can see here). Check out the full review here, and see here for all press related to Unflattening.

Last week, I talked about my fall class Comics as a Way of Thinking, and we’ve been off to a terrific start. I’m thrilled with what students have been coming up with in just the short time we’ve had together. I’ll be working to find ways to share some of their work online as I can, (though one of my students has been blogging his work from class already here!) and you can see the syllabus/schedule on my site here. 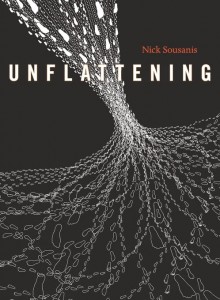 To wrap up this post, I thought I’d address for newcomers to this work – just where did all those feet come from that wander all across the cover (and a similar triptych within the book)?! Back in March of 2014, I announced a call for feet and contest, and then lovely people from across the globe traced their feet and sent the outlines to me, from which I then created anonymous tracings and turned into brushes that I drew the actual page. I was tremendously grateful for all the support – it was a lot of fun and helped bring together ideas I’d been seeding from the onset in a more powerful way than I could have without them. And I was quite pleased with the image, and thankful for my editor Sharmila Sen who suggested I re-use the feet to create a composition for the cover. That’s it – hope to see some of you on the road in NYC or Cambridge or Providence! Thanks – Nick 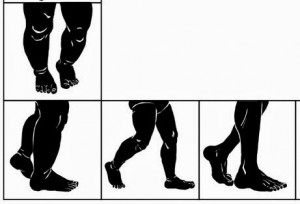 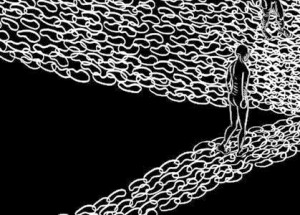