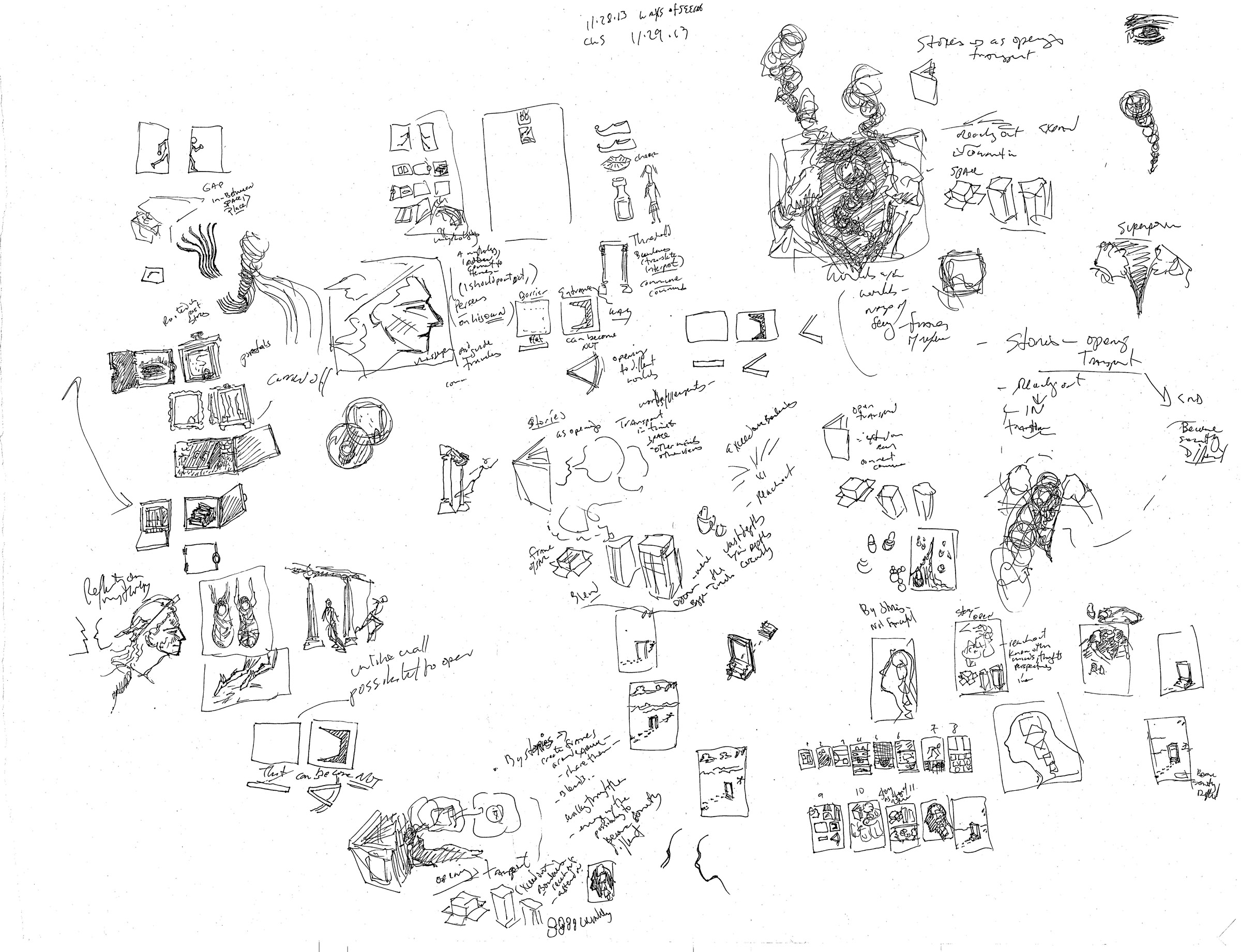 Over the last few weeks, Unflattening has received a great deal of kind attention from a wide range of outlets. Cory Doctorow’s feature on it in this article on Boing Boing introduced a lot of new eyes to the work. This bounced around the internet and was also picked up and reworked for features on Open Culture, Ad Week, and Bustle, as well.

I was quite delighted by Rob Salkowitz’s take on the work in the comics/culture site ICv2. In his review, he described The Unflattening Moment, “When history looks back on 2015 as a breakthrough year for comics in higher education, the publication of Unflattening by Nick Sousanis on Harvard University Press will surely stand out as a turning point.” See the full review here. The Comics Grid (journal of comics scholarship) reviewed it here. Writer Matt Finch wrote that: “Unflattening demonstrates the viability of a comic book as doctoral scholarship in its own right, rather than a separate work requiring some accompanying critical paratext. … The great success of Unflattening is that the reader retires from this comics-essay feeling that to simply write about the form in prose is inadequate, and new discursive strategies are required to explore these open spaces. … It will be thrilling to see what artist-scholars do in the comics space now that Unflattening has broached the gates of the academy from within.” See the full Comics Grid review here.
If you want to hear about the work straight from me, I’ve also been doing some extended audio interviews. First up, Carla Nappi of the New Books Network Podcast called Unflattening: “a must-read for anyone interested in thinking or teaching about the relationships between text, image, visuality, and knowledge.” Nappi approached the book almost chapter by chapter in the interview, which made for a truly in-depth discussion into my thinking along the way and genesis of all of it. Check out the interview here. I was the guest of Steve Dahlberg and Mary Alice Long of the Creativity in Play Blogcast. We delved into my creative process as well as intersections with other art forms. Hear the interview here. For a complete rundown of past press and other info about Unflattening please click here or check out Harvard’s site.
It’s been a real treat for me have this kaleidoscope of perspectives on the work. What a good interview or review does (in my view) is make the audience think and see the work in a new light – and this extends to the author too. Each of these reviews and conversations have helped me think about what I’m doing and experience my own work through different eyes – providing at times insight into things I wasn’t completely aware were happening. My time as a reviewer of the arts in Detroit makes me particularly appreciative of those who engages so thoroughly with the work – it’s exceedingly rare and yet so necessary for the health of the arts.
@TatiWardi posted her delightful flip through video of Unflattening to twitter. I thought it was really cool and wanted to share her video. (Or see it in a new page here.)
One thing that has come up in interviews was my inclusion of some of my process sketches in the back of the book and my thoughts on their significance. If you’re not someone who draws, a finished drawing may seem a bit like magic – like something that just appeared from the artist’s head and thus not something you could ever do. So to counter that, i think it’s essential to pull back the curtain and get a glimpse at the mountain of play and experimentation that went into making or perhaps muddling your way to that finished piece. That insight into process has always been important to me (as a reviewer and curator in the past) and something I was really pleased to be able to highlight in the book. But there was of course, limited space – so I thought I’d share a few more of the full page chapter roadmap sketches. (If you click the Process category at the right, you can see other posts where I’ve shared sketches behind individual pages.) Thanks as always for the support. – Nick
Oh, and earlier this week, I had the opportunity to speak as a guest of the YouthWrite camp at Kamp Kiwanis near Bragg Creek to a spirited and sharp group of young writers. Had a lovely time with a great group of students and their teachers and supervisors. Special thanks to Gail Sobat for making it happen! – N 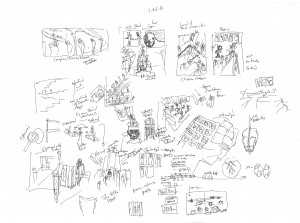 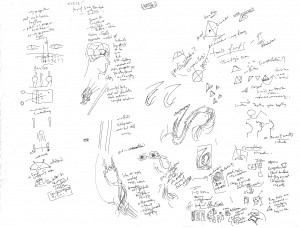 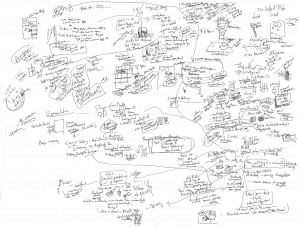 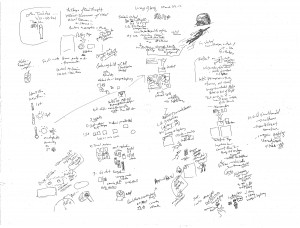 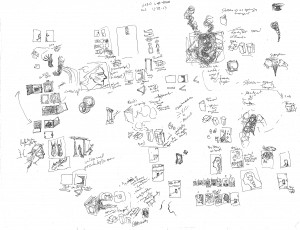 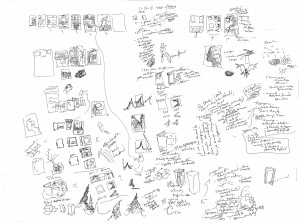