This piece was produced for and with Professor Timothy K. Eatman, of Syracuse University and the director of research for Imagining America: Artists and Scholars in Public Life. In the midst of a conversation in which Tim was taking me through his presentation on the five critical sense of engagement, i was struck by his use of his fingers to convey his ideas along with his words. Given my interest in working with visual metaphor in my work, I saw a lot of visual material in this and it also resonated with one of my first (and still favorite) “mature” works – “Show of Hands.” And so one thing led to another, and I created this piece out of text versions of his talk, and he presented it in conjunction with his acceptance of the early career award from the IARSLCE. Ok, all that said, let’s get to the work itself. – Nick 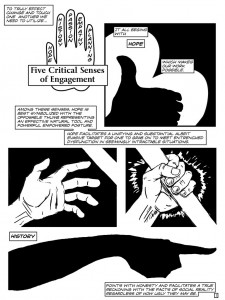 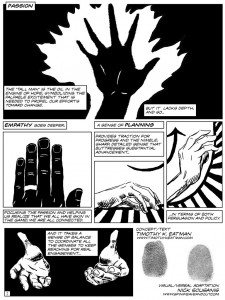