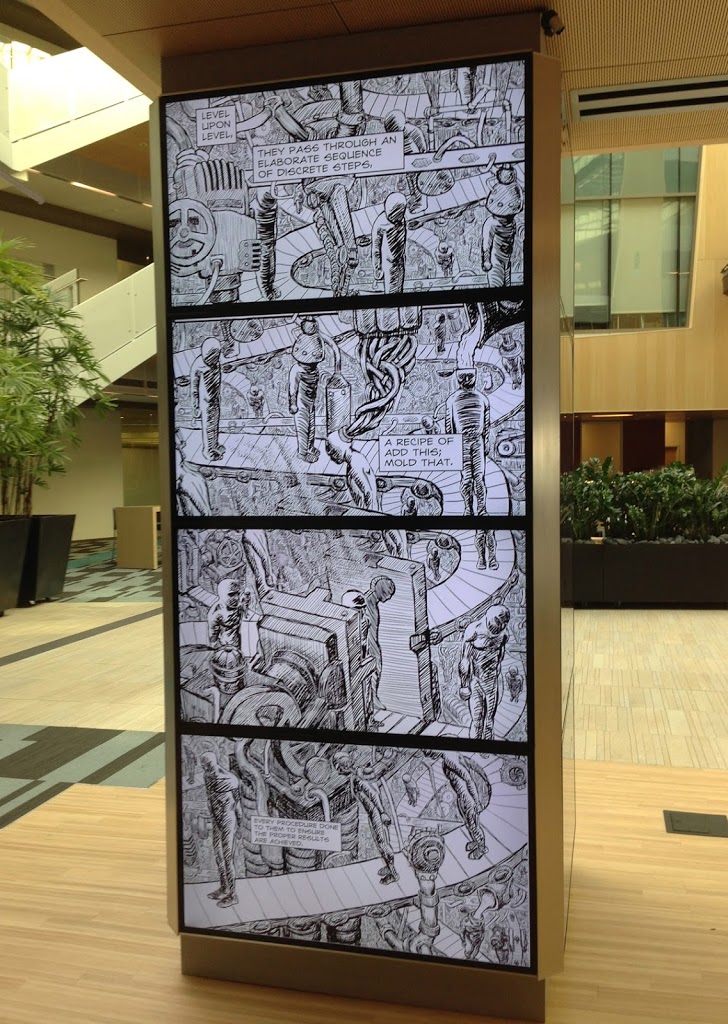 Back from an amazing trip in Seattle and sharing a little update on all that went on in the exhibition and talk at Microsoft Research – Building 99. A huge thank you to Microsoft Research, the folks behind the Studio 99 space, and especially the beyond generous support, enthusiasm, and patronage from MSR’s Donald Brinkman. If coolness is defined as going to all lengths to support the realization of things that  you find exciting and important and believe should exist in the world – Donald is the epitome of cool. It’s a terrific space – consisting of a good expanse of wall space for the printed work, a series of columns composed of video screens to display more work, two large monitors, and a long bar/table with a plexiglass top under which we displayed reproductions of my process sketches showing the development of several of the individual pages. As someone who spent many years writing about exhibitions and has organized a good number of exhibitions over the years – it was an absolute treat to be on the other side of things, and I’m extremely grateful for the exceedingly rare opportunity of this sort of venue and all the ways of sharing the work the space offered.
The work was printed and framed there, so I arrived only having to arrange it and hang it. In the midst of laying it out, I felt like we had a strong opening sequence, especially focusing on the darkness of the first chapter that tapered to a little less oomph with the remaining work. Donald was kind enough to on the spot make a giant, oversized print of the page featuring my dog and sense of smell as way of seeing, which really balanced it all out and made a powerful impact visually and thematically. Doubly pleased to see my lost friend up in my first solo exhibition. (I was rather occupied during the opening, so all my shots come from long after it was over – MSR had photos taken then, which I hope to share a bit of later.) An additional note, it was quite a surprising treat to see the work printed and framed. As a comics maker, I think of comics as something to be read, held in hand – and I was really struck by how they came out. The composition roughly followed the sequence of the dissertation (though obviously with lots of gaps), so one could walk through the exhibition and get a sense of how the narrative unfolds.
As I mentioned earlier, besides the printed work, the space offered two large columns composed of video screens, and I’d designed slices from the work to match the displays, which then cycled through a sequence – making for a different sort of way of seeing the work and allowing access to far more of it than we could otherwise have on view. It was pretty neat for me to assemble the process sketches under plexiglass and reconstruct my own thinking for others to follow and see the final result. We also set up two moveable walls on which I made sketches with dry erase markers – one, showing a rough outline of my thinking on comics from my talk and the other, a layout of the current page I’m working on in progress (which will be posted soon, soon). On the freestanding video monitors we showed credits for the show and on the other had on loop the animation/teaser trailer of the dissertation put together by my student Bryan Ribeiro. You can view that video, which focuses mostly on the first trailer, here.
The lecture was fun and we had the good fortune of having in attendance MIT doc student J. Nathan Matias who live-blogged during the talk, and posted his summary here. It was recorded and live-streamed to MS employees. I’ll share here if that stream becomes available. Near the end of the talk, I took the audience through a comics-making exercise I call “grids and gestures” which reconsiders what drawing is by thinking about the composition of a single comics page as orchestrating the shape of one’s day. (I need to publish some instructions on this down the road, so it’s more easily shareable). They created some great and quite diverse works – adding to the discussion and thinking on the comics form. A few of the samples were added to a wall alongside the exhibition – which I think made a lovely complement to the work and my larger argument for comics as a powerful tool for thought. Attendees to the talk all got signed copies of a booklet/excerpting work from the dissertation, and copies will be on hand for all attendees of the exhibition. A cool added bonus to the whole experience.
Anyhow, thanks to Donald and all who made this possible. Thanks for all the support I received from afar while this was going on. It was a fantastic experience all around. And now – back to drawing! Chapter Three is about to be finished and Chapter Four awaits! – Thanks, Nick 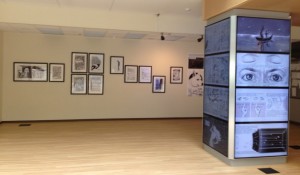 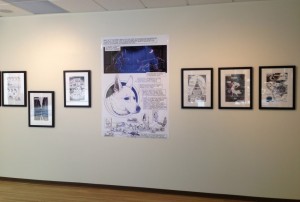 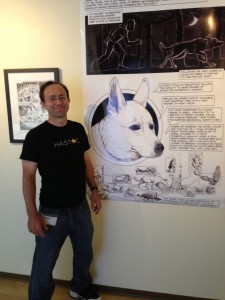 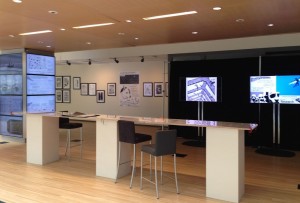 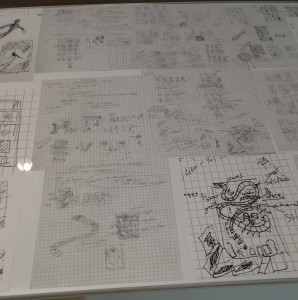 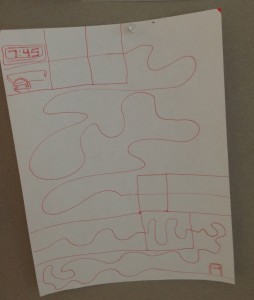 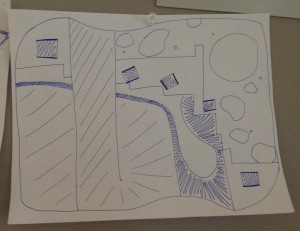 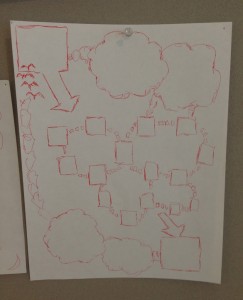 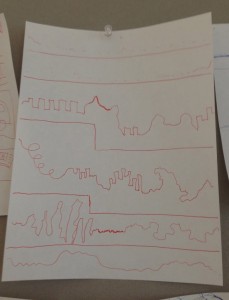