At last, I’m able to share the opening sequence to Chapter Three! In this sequenceI make a specific turn to the heart of my argument for comics and the importance of considering modes other than the verbal. The chapter title takes its name from my article in the Journal of Visual Arts Research, and in the pages following, i’ll be repurposing a few elements from that piece.
A few explanatory notes here – but i recommend checking out the pages first…
In many ways, this chapter mirrors chapter two (and you can read that in its entirety here). That chapter addressed the idea of multiple disciplines/multiple ways of seeing as a means of making meaning. Here, we’ll take up the importance of multiple modes to making meaning – specifically visual-verbal. So we’ve gone from seeing through multiple eyes to breathing in multiple mediums – the importance of seeing double to the importance of being amphibious! “Anchor” and “relay” on the amphibious page refer to Roland Barthes’ theory of the interaction of image and text – and definitely have relevance to comics. (Hayakawa’s passage comes from the introduction to Gyorgy Kepes “Language of Vision.”) I also pick up some threads i hinted at in the interview with the folks at U of Alaska regarding Plato’s feelings towards images and perception and expand on that at length. The Descartes elements really blew up on me (I ended up reading his treatise on optics as well as his better known things and numerous analyses of the work) and his connection to refraction neatly allowed me to link back to Plato’s bent reed (here a bent pencil) and the idea of refraction between visual and verbal was thrilling and will be carried through the chapter.
I’d long planned to have a page entirely of text, exactly in the style of traditional dissertations – the chance to replay Plato’s “shadows” (which i used in the Flatland interlude) and then connect Plato’s fire/sun to Descartes’s candle wax and ultimately burn the page worked out well. Btw, I did set fire to sample pages to get the drawing right – don’t recommend trying this at home unless you love having your apartment smell like a campfire for a day or two. Finally, in the midst of figuring out a few details on the last page, I stumbled upon Adam Gopnik’s New Yorker article on Galileo, which was quite timely. Galileo’s fingerprints are all over this page (the moon image is from his drawings through his telescope) and I really wanted to incorporate Gopnik’s eloquent phrasing that discovery happens through a “fluid mixture of sense impression and strong argument” neither perception nor reason alone, but ultimately it didn’t serve the page, but i definitely recommend checking out the article.
Okay, more pages soon. I welcome your thoughts and response. – Nick 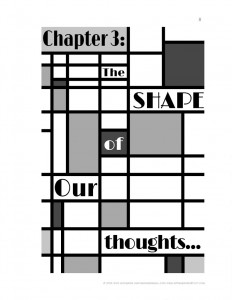 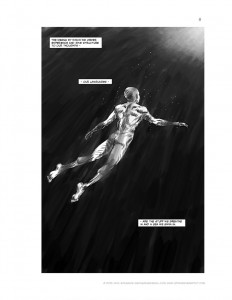 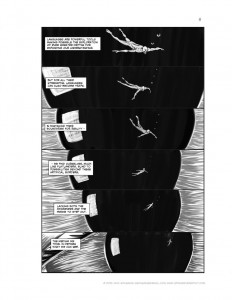 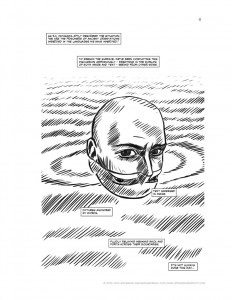 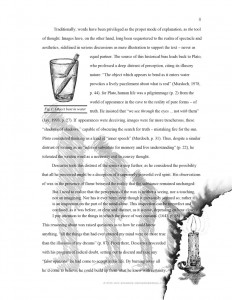 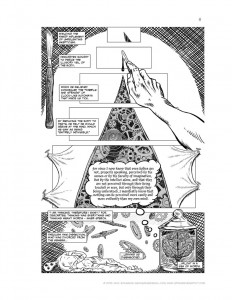 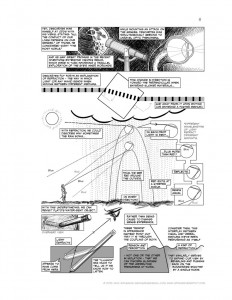