Thrilled to finally be able to share this page, which represents the culmination of my thinking on this medium and along with the sequence leading up to it, really gets at the heart of my theorizing on why comics are cool! For some time, I’ve been working on comics as integrating the sequential and simultaneous reading modes, but it was through Lynda Barry’s blog for her class on creativity that i came across Iain McGilchrist’s work on the brain. In short, McGilchrist dispenses with the old left/right verbal/visual distinction and talks instead about them as fundamentally different ways of perceiving – which more or less correspond to sequential and simultaneous (you can learn more about his book “The Master and the Emissary here). Pieces just started to synch together. The background brain image refers back to the hierarchical tree/rhizome distinction from earlier in the chapter, which also aligns with this way of thinking about the hemispheres. Foreground left panels are redrawings of many of my sketches that led to this page – so you get a bit of behind the scenes at my thinking even as we’re talking thinking… 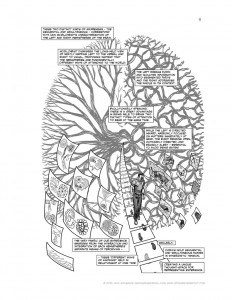 To get the whole sense of how I’ve been building this, I’ve included the pages immediately proceeding here, including my take on comics as a sequential art and their ability to convey the simultaneous. What follows from here to close out Chapter Three are the implications of this sequential-simultaneous fabric – how visual-verbal interaction works, multimodality, and how the space of the page itself is integral to the meaning within. Coming soon! Thanks for following along. – Nick 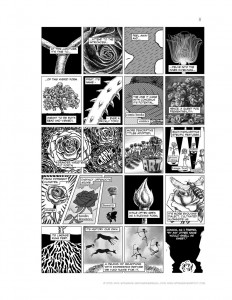 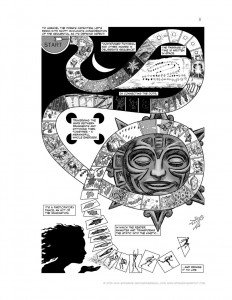 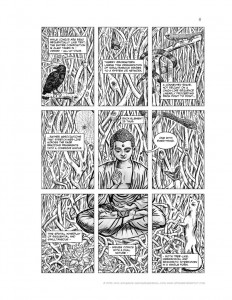