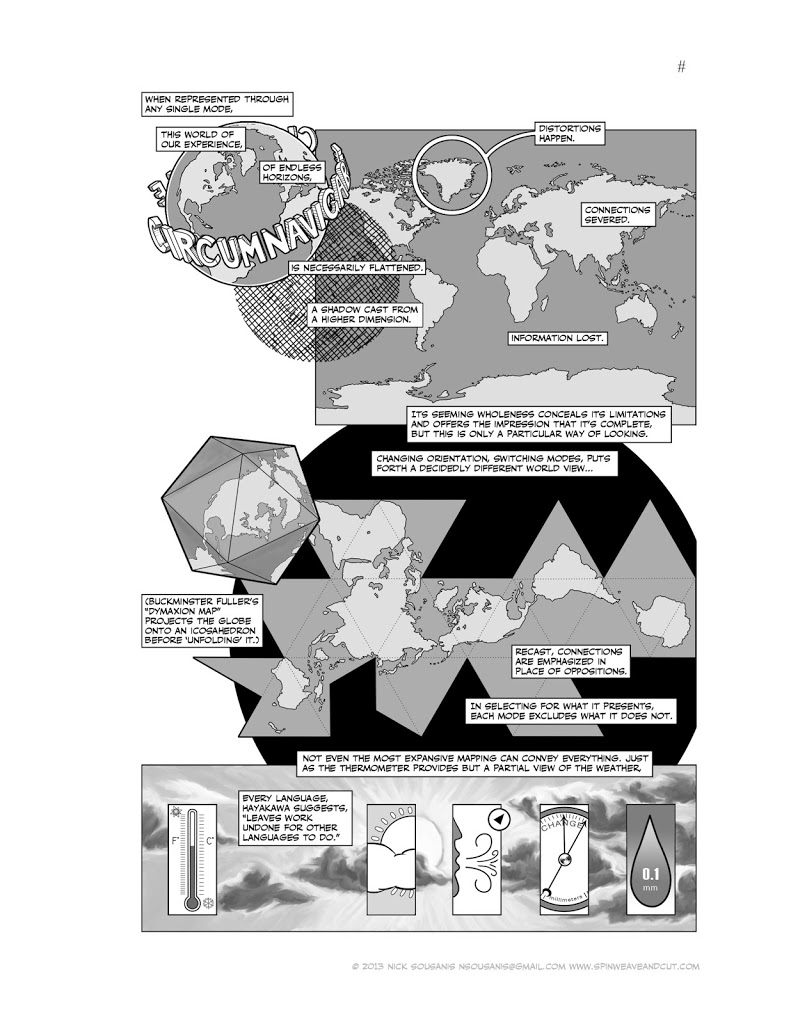 At long last, the next sequence to chapter three! Travel, teaching, and the complexity of elements I put into play for this short sequence – continued to take longer than expected, but I’m pleased to be able to share now and follow up on what was laid out in the opening to the chapter (all here).

This builds on and reworks a few elements that were seen in my journal article “The Shape of Our Thoughts,”specifically elements from that piece’s second page, which has been split into two pages here. I’d used the flattened Mercator projection map previously and at the time, thought of incorporating Buckminster Fuller’s alternative Dymaxion Map, but it didn’t make the cut for space issues. Pleased to rectify that here. The Daily Planet-esque globe’s “circumnavigable” text and other elements refer back to the navigation means discussed in the Odyssey sequence at the end of Chapter Two.

The upper half to the second page here is a direct reworking of that previous article – but with further levels of discussion happening through the incorporation of the dominoes sequence – which in turn hints at how i’ll be discussing how comics work. I’ve long wanted to integrate sentence diagramming into a comic and this presented the opportunity. To get an assist on tackling this, i reached out to social networks, and the version i used is courtesy of professor Russell Willerton of Boise State University, who kindly responded to my twitter request. Everett Maroon sent a different version which is included below, and there may be a third one coming in – in which case I’ll update this post. The fact that a sentence can be spatially rendered in such dramatically different fashion seems something worth exploring down the line (and if anyone else wants to tackle this…) I did create a system for diagramming my Kandinsky-riff, thinking on graph theory i studied as a mathematics undergrad, and as I was doing it I recognized a resemblance to the diagrams of Mark Lombardi – which I then played up further. (If you’re not familiar with Lombardi’s work – do check it out, fascinating stuff.)

The final page here, draws on philosopher Susanne K. Langer (who’s mentioned on the previous page), who seems more than a bit under-recognized (and that fact too speaks to what’s expressed on this page), but if you’re interested in thinking on the role of the arts in thinking, she’s terrific. The Cartesian coordinate planes or walls are made from poems of the following authors: Sappho, Dorothy Wordsworth, Emily Dickinson, Sylvia Plath, Maya Angelou, Adrienne Rich, Anais Nin, and Georgia Douglas Johnson. My original intent was that the figure showed up in the absence of the text – but the strikingness of the silhouette on black ultimately prompted a different direction. Keep in mind, as always, these are low-res versions of the pages, so it may be near-impossible to make out all the words… This sets the stage for a discussion of how comics work and how i’m using them on pages to come. 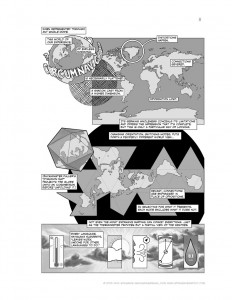 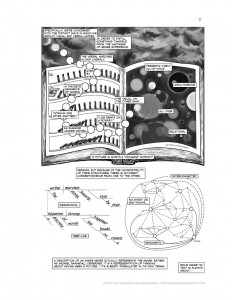 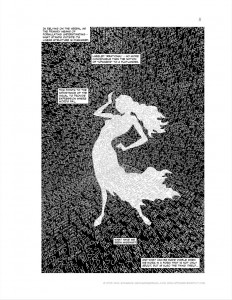 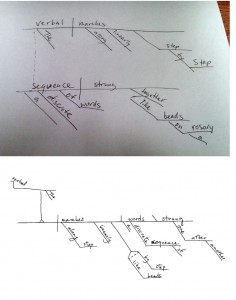 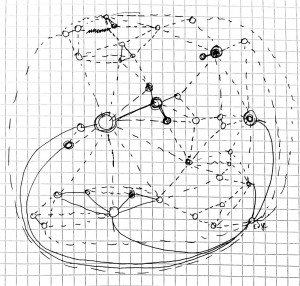 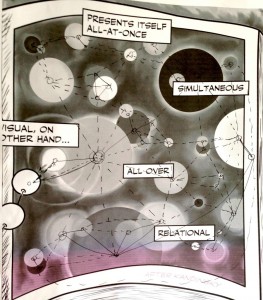 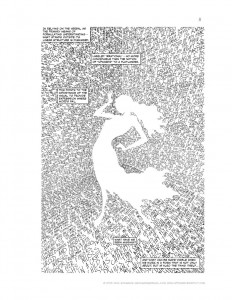