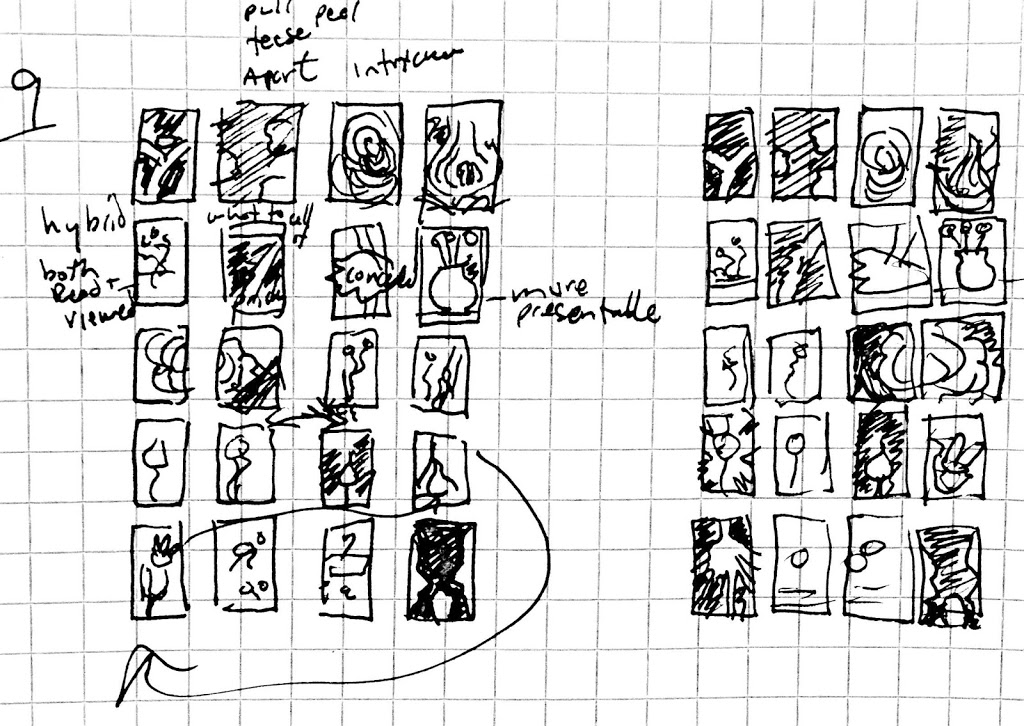 Two weekends ago, I was pleased to participate in the Museum of Comic and Cartoon Art’s annual festival. I had a great time meeting new people, talking about my work, and checking out other works when time permitted to sneak away from my table. It was a well run event all around and a healthy expression of the wide range of works coming out of the comics community.

This past weekend, I was fortunate to be included in The Beat’s article on 10 notable debuts from the festival! Writer Hannah Means-Shannon navigated the crowds and the mass of work on display to provide an in depth and insightful look at all the works she featured. For me, this event is a step outside of the academic context I’m usually presenting in, and I doubly appreciate having the work acknowledged alongside other comics makers. Means-Shannon wrote of my work:

“will leave you with haunting imagery in a psychological space following the existence of “flatlanders”. Steeped in mythological reference, from winged sandals to a planet surface constructed of minotaurian mazes, his artistic style veers between the boundaries of a painterly style and the pen and ink accents of 19th century engravings. It’s a heady experiment, and even in transit, it’s clear that Sousanis is ambitious about what comics can accomplish in the 21st century.”

See the Beat’s full piece here, with images and details on all the other artists featured.

This review also made me reflect on my own experience as an arts journalist in Detroit for thedetroiter.com, a publication I co-founded with my brother John and ran from 2002-2008. During that time I wrote around three reviews of shows every week, along with interviews, editorials and more about Detroit’s thriving arts community. (The site is currently mothballed, but if interested you can get a view of some of that history in my final editorial before heading to NYC here.) What I came to realize is that for so many of the artists I wrote about, this was the first thing ever written on them, and given the state of arts journalism, often the only serious consideration of their work in public. This perspective has given me a great appreciation for the role journalists play in supporting the community by bringing such efforts to light and in providing a much-needed record. As is apparent by the space given to arts journalism in our daily papers – it’s an underrecognized profession – but I believe of vital importance for the health of the community it serves. So support your local arts writer – and a great thank you to Hannah and the Beat!

Pictured, thumbnail sketches for new pages in the works. I just finished one and the other is nearly there – so will be posting the finished pages any day now… – Nick 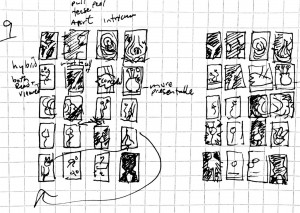 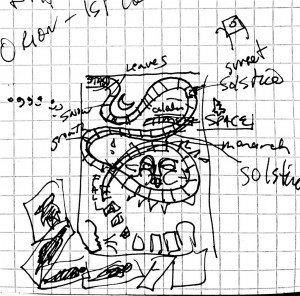