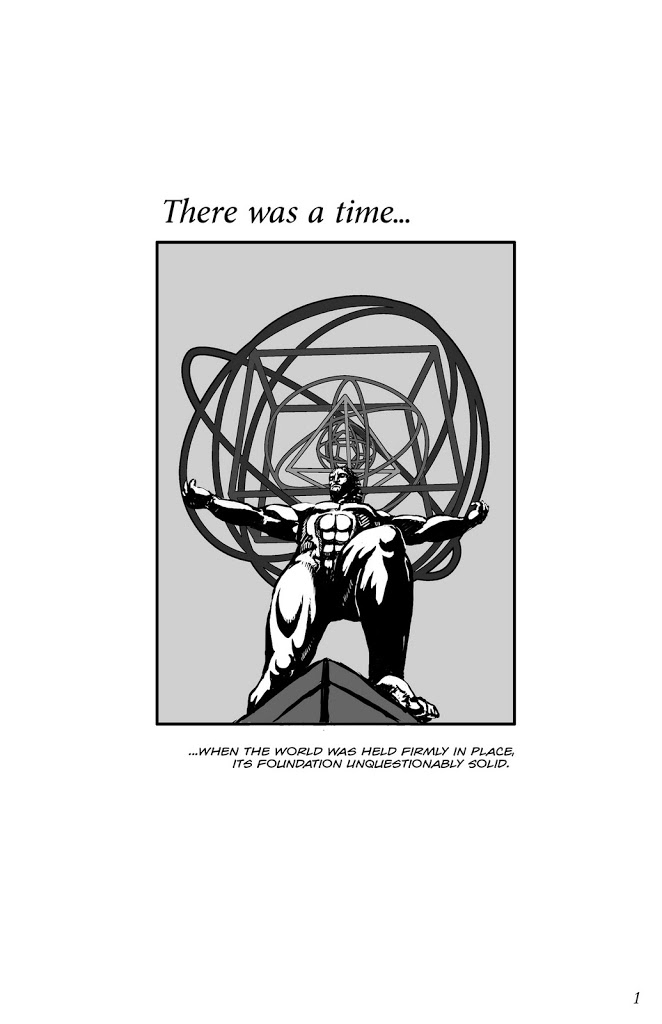 This work was created for Dr. Ruth Vinz’s course on Postmodern Textual Practices. We were asked to draft a postmodern take on a fairy tale or myth. At the same time we’d been mapping out our definition of what postmodernism means. Mine includes a lot of developments in science and mathematics and music – sampling and DJ culture. (Wrote an essay on this back in my Detroit days: http://www.thedetroiter.com/JUN03/ArtCut.html). Anyhow, this riffs on my method of spin, weave, and cut, and takes that approach to discuss modernism and the turn to the postmodern through myths, fairy tales, and similar literature all “mashed up” with philosophical and scientific notions. Often given the referential nature of my work, I feel like providing a key to all the imagery. (I did this once with the Rabbit page from Possibilities (though note, the key is not provided on the website, sorry…) Due to just how much is pulled in for this one, I felt it would be fun to do so, show my hand and offer the equivalent of footnotes, or perhaps hyperlinks. So if you’re interested at looking behind the curtain – check it out below the comic itself. – Nick 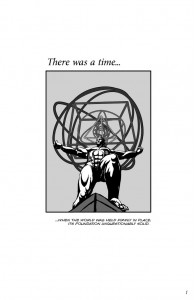 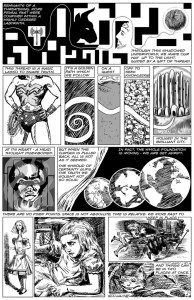 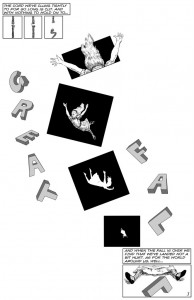 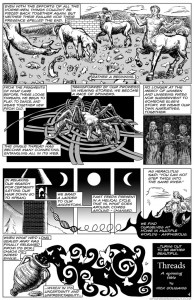